Moanoghar, a non-political, non-profit and voluntary socio-educational organisation, was established in 1974 by a group of socially engaged Buddhist monks and laypersons with the objectives of providing shelter and education to the poor and destitute children in the CHT region. The two historically important events – the Kaptai hydroelectric dam in 1960s and the Liberation War of Bangladesh in 1971, had adversely affected indigenous peoples. Among them, children suffered most from the worst situation. In fact, these two events shaped the idea of Moanoghar to provide protection to the affected children.

When the construction of the Kaptai hydroelectric dam was completed in 1962, one-third of the total arable land of the CHT went under water by displacing more than hundred thousand indigenous people, mostly the Chakmas from their ancestral lands. The uprooted families did not receive compensation from the government, for which they were in severe distress. Seeing their suffering, the then head priest of Boalkhali Dashabal Raj Vihar (Buddhist Temple) in Dighinala opened a shelter home in 1963, called Parbatya Chattal Boudha Anath Ashram (PCBAA), a precursor to Moanoghar, where he started providing shelter, food and education to the children of the victims of the dam.

Then in 1971 Bangladesh became independent from Pakistan through a sanguinary war for nine months. But during the war, thousands of thousand people fled away from their hearth and home to become refugees, in addition to a significant number of internally displaced people across the whole CHT. Under these circumstances, Moanoghar was founded in 1974 by individuals associated with the PCBAA.

From the mid 70s, the situation of the CHT further deteriorated due to continued fighting between the government forces and the armed cadres of the Parbatya Chattagram Jono Samhati Samiti (PCJSS), the latter waged a guerilla war for autonomy of the CHT region. During this turbulent period, Moanoghar turned out to be the only safe place for hundreds of children affected by the conflict. To-date Moanoghar has been playing a vital role to provide shelter and education to thousands of poor and orphaned children from the remote and marginalized indigenous families across the CHT. 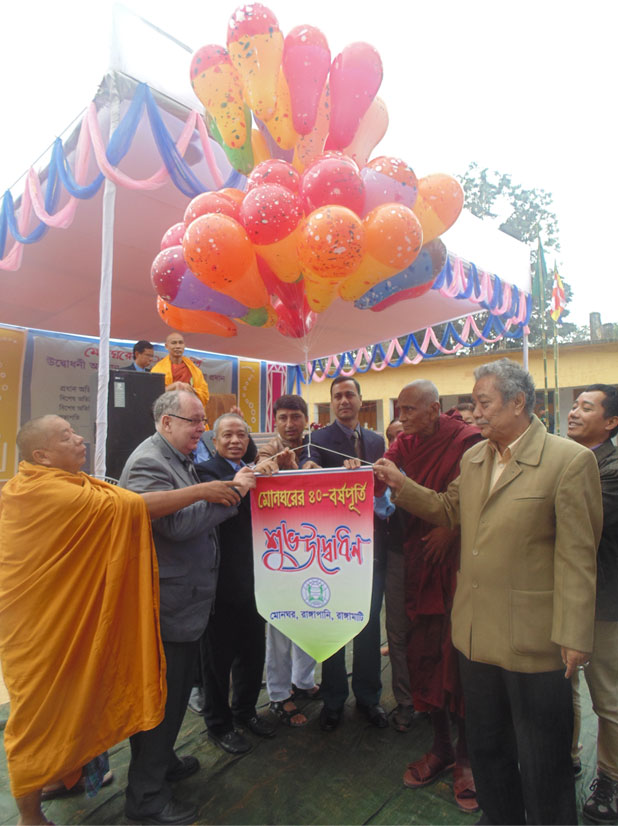